11 Bollywood Actresses' Pay Packages Revealed, But It's The Men Who Are Raking In The Moolah! Published on: 11/16/2015

11 Bollywood Actresses' Pay Packages Revealed, But It's The Men Who Are Raking In The Moolah! 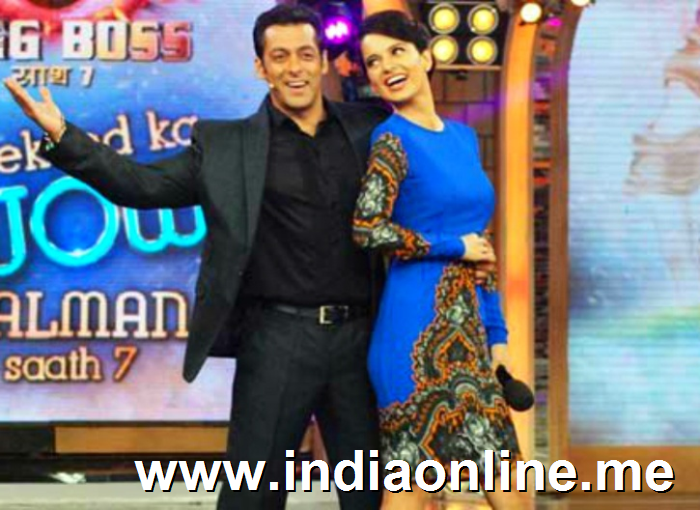 How much Bollywood actresses get paid has remained a mystery ever since Kangana Ranaut came out strongly against the disparity in the paychecks compared to their male counterparts in the industry. While the debate did push their salaries up by some crores, the difference still remains quite apparent. Kangana recently became the highest paid actress in Bollywood when she signed a movie for Rs 11 crores. Her revised remuneration was well justified in her post Queen phase. She won a National Award for the same. But have you thought about the figure Salman Khan, the highest paid actor in Bollywood, commands? It's more than five times - Rs 60 crores! 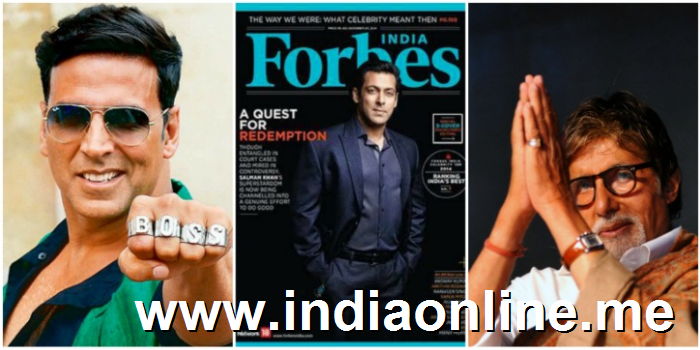 According to IANS, superstars Amitabh Bachchan, Salman Khan and Akshay Kumar were a part of Forbes first global list of actors. The trio ranked among the world's top ten highest-paid actors, which included Hollywood to Hong Kong and Bollywood. While the fee of Indian actors keeps on increasing with each film, indicating that there is no recession in our industry, it has remained static for the actresses until recently.

With a surge in female-centric films and their successful outing at the box office, our female leads have begun questioning the long-standing disparity and sought equality. Apart from Kangana, Vidya Balan and Katrina Kaif have also been vocal about it.

"Remuneration has changed but if you compare it with what the men get it is still very different. But I would say let's not compare it because just five per cent of these films are being made. I think we will get our due. We are slowly moving towards that." – Vidya Balan 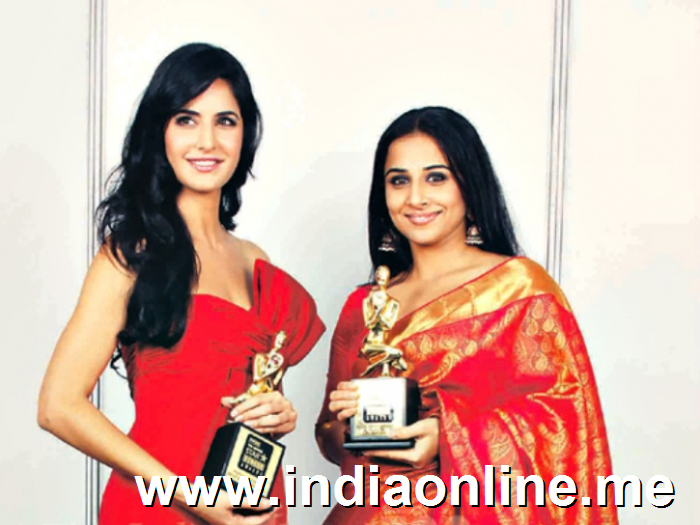 "Indian cinema has come a long way. But one thing which has not changed is the remuneration for women. There is still a huge disparity. Let's see what happens with that." – Katrina Kaif

While Salman had recently called this debate "bullshit", we would like to remind you that Madhuri Dixit has been the only actress till date, who was paid more than her male counterparts, both Salman and Shah Rukh Khan when she ruled the screens in the 1990s.

Keeping in view the current statistics, here is a list of the highest paid Bollywood actress and their remuneration. Read on. 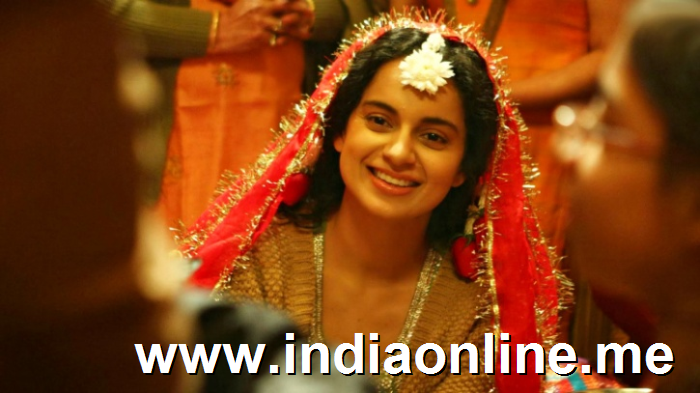 The powerhouse performer hiked her fees after Queen and Tanu Weds Manu Returns. Reportedly she is getting Rs 11 crores for her next movie, which makes her the highest paid Bollywood actress. She prefers doing movies centered around her character and has four big upcoming projects including Vishal Bhardwaj's Rangoon, Hansal Mehta's Simran and Ketan Mehta's Rani Laxmi Bai. 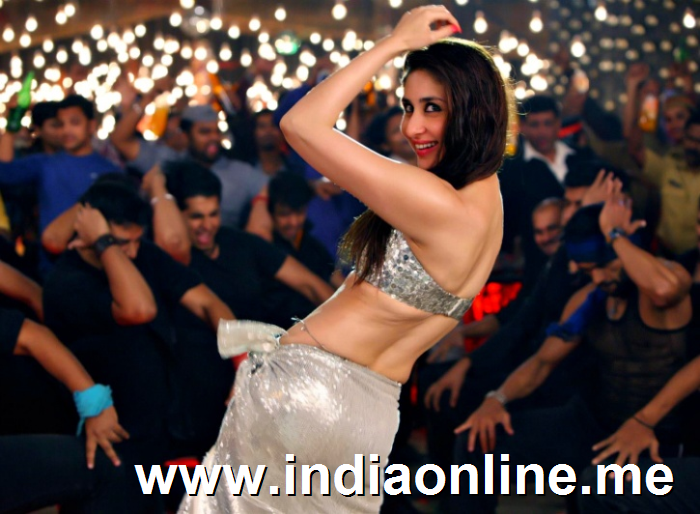 Kareena is in her own comfortable space and has become quite choosy about signing films. While she wrapped R. Balki's upcoming Ki And Ka, she is also shooting for Udta Punjab… and all for 9 crores. She is the senior most actress in our list and currently at the second spot. 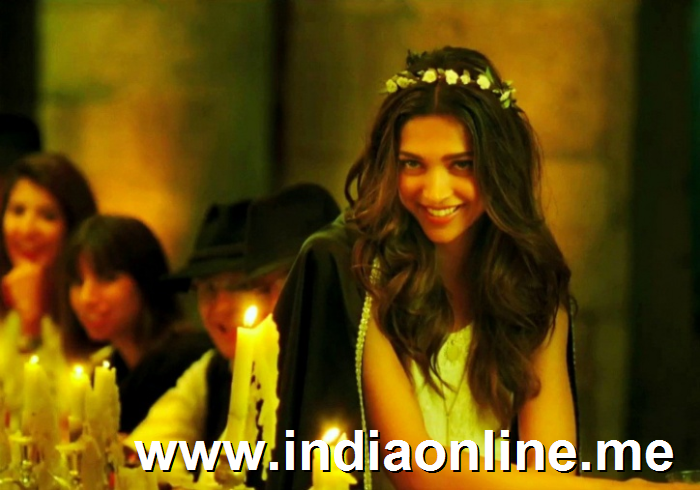 Deepika has her hands full with big ticket films. And with back to back hits, even filmmakers are ready to pay her 9 crores. One of the most talented among the younger lot, she is ready to bargain for small budget films, if she likes the script. Deeps will close 2015 with Tamasha and Bajirao Mastani. 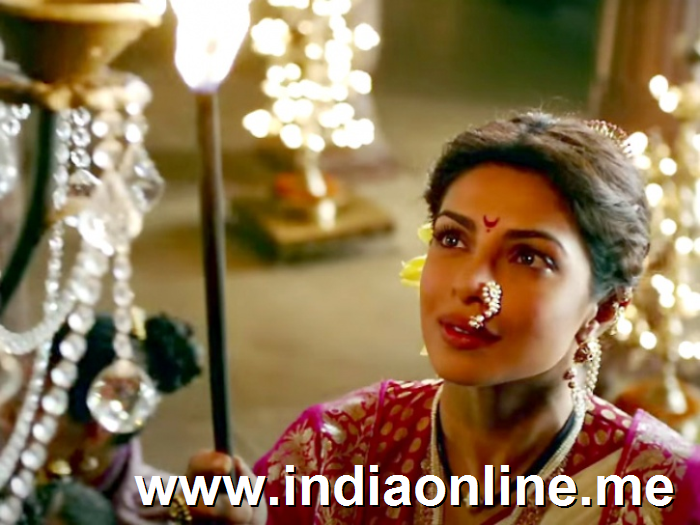 Priyanka has been hopping between U.S. and Mumbai, to maintain equilibrium between her American show and Bollywood films. And she has been doing it with quite a finesse. She is paid 9 crores, which is quite low compared to the actresses in Hollywood, where PC has her eyes fixed. 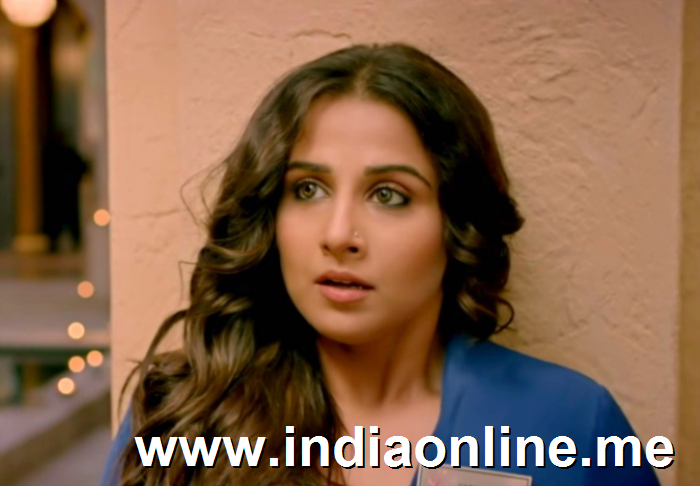 She is usually the first choice of producers making female-centric movies. However, all she gets is 6 to 7 crores per film. We personally feel she deserves more, considering her filmography includes The Dirty Picture, Kahaani and Ishqiya. 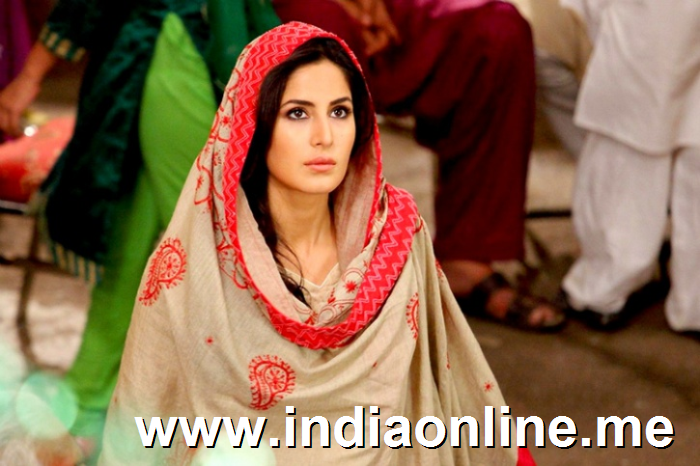 Kat has set her fees at an average range, making her an affordable actress for filmmakers. No wonder she ends up grabbing more projects that her counterparts. While she might still be struggling with her Hindi, her pretty face and glam quotient covers up for the loopholes. 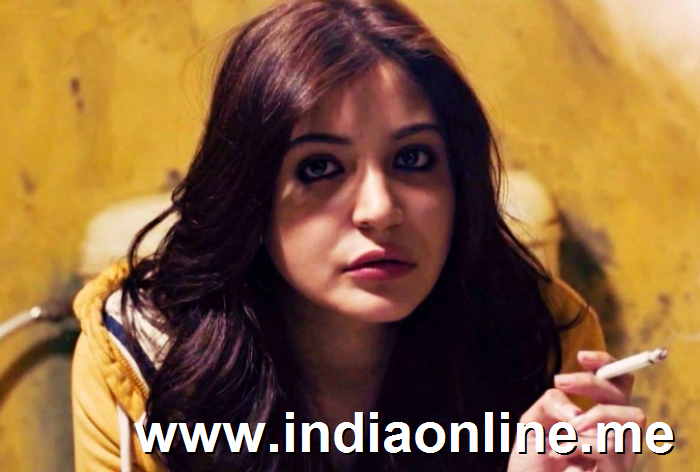 Anushka is the dark horse in this list. She has slowly established herself as a bankable actress and one of the highest paid ones. If she continues to do films like NH10, her remuneration will only grow. One advice to the versatile actress - stay away from films like Bombay Velvet please! 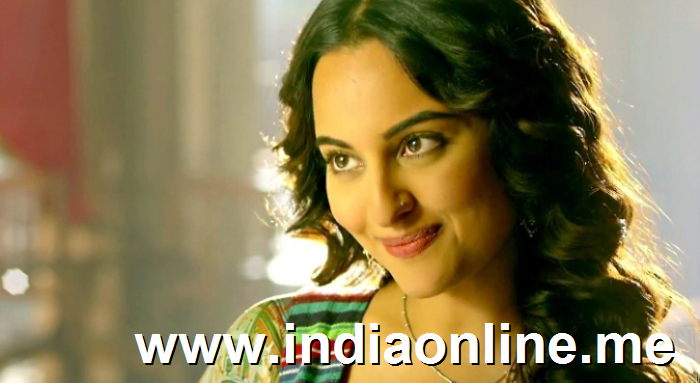 She has a big fan base not just among the masses but inside the industry too. The outspoken and talented actress, whose calendar remains blocked with 3-4 movies every year, demands 5 to 6 crores each film. Her co-actors love her. No wonder she keeps appearing in item songs with them too! 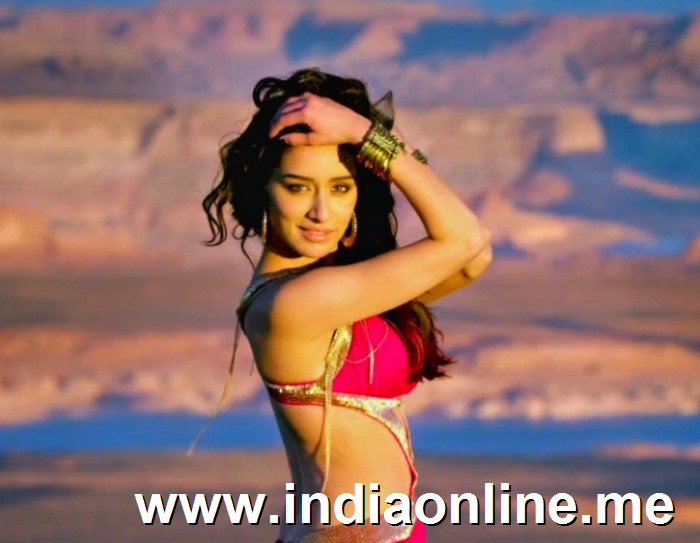 Shraddha is fast gaining a stronghold in the industry. After a love story (Aashiqui 2), a thriller (Ek Villain), a drama (Haider) and a dance film (ABCD 2) she has showed her talent, enough to be able to demand between 4-5 crores. Her next film Rock On!! 2 is a musical. Such variety! 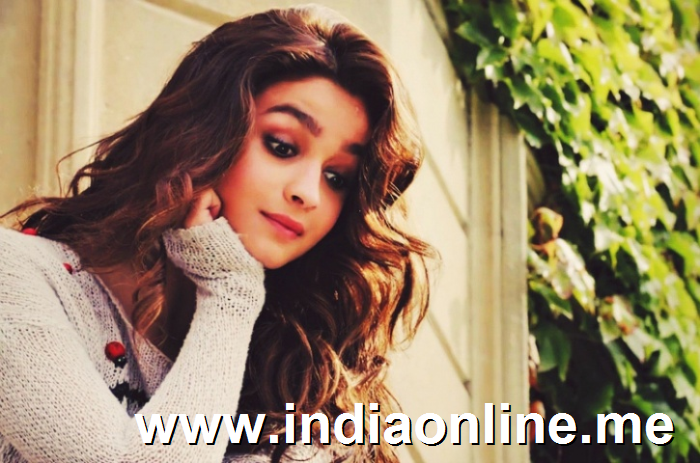 With a 100 percent success rate at the box office (leaving aside Shaandaar), Alia has proved her mettle early in her career. She might be a girl-next-door off-camera but turns into a strong performer onscreen. Just in the third year of her career and she comfortably gets 3 crores for every film. 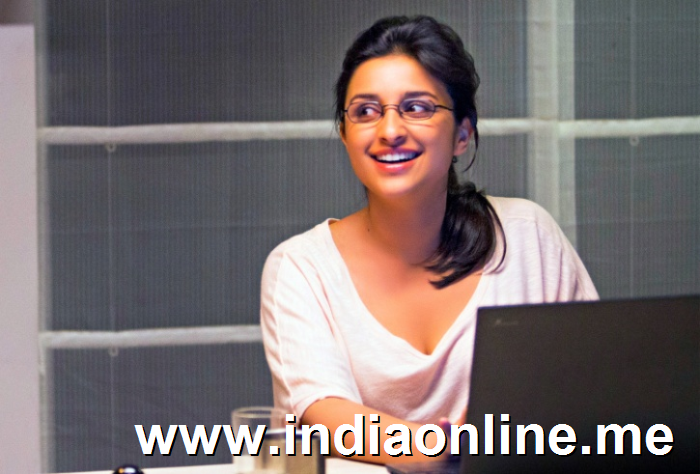 She has been missing from the screens for a while now. But whenever she makes an appearance, filmmakers are happy to sign Parineeti for 3 crores. For someone who never wished to take up acting, she is slowly emerging as a natural actress, much like her elder sister Priyanka. 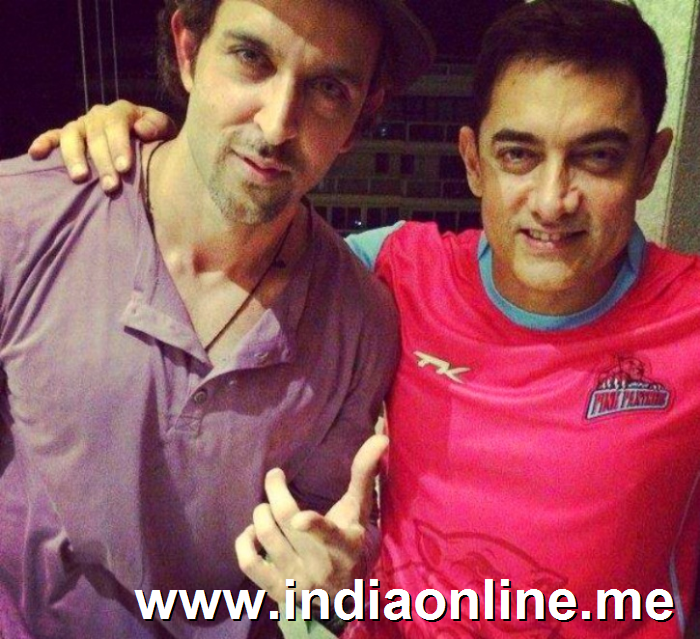 However, the men get more than three times on an average. Both Aamir Khan and Hrithik Roshan received 50 crores for their upcoming films Dangal and Mohenjo Daro respectively. While Akshay Kumar gets 45 crores, filmmakers sign SRK for 40 crores. That's not all. Even John Abraham (15 crores) and Arjun Rampal (14 crores) get more than the highest paid actress. Do you remember their last hit film? Well, we don't!