But some of those seemingly harmless items can actually put you at risk for serious skin and health problems when shared. 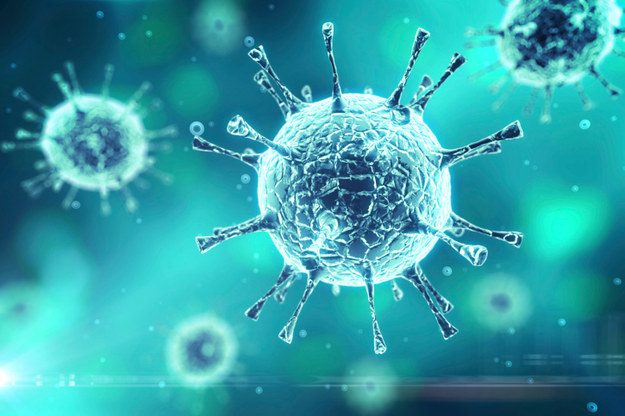 So BuzzFeed Life reached out to Dr. Whitney Bowe, board-certified dermatologist in New York City, and Philip Tierno, Ph.D., professor of microbiology and pathology at New York University School of Medicine, to find out which items you definitely shouldn’t feel bad about keeping to yourself. If anyone asks to borrow any of these, we hereby give you permission to say HELL NO. 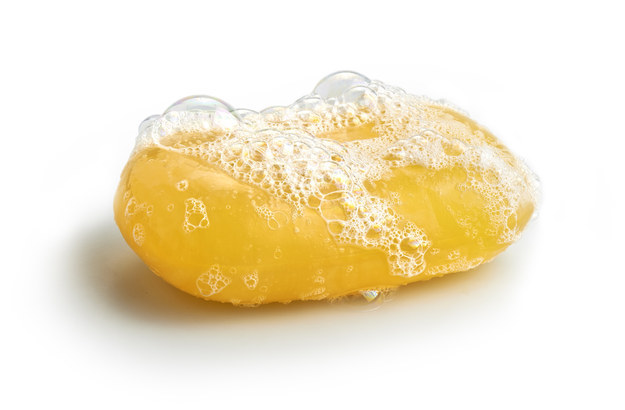 It’s self-cleaning, right?! Eh, not really. After each use, the bar gets covered in organisms from your skin, ranging from harmless germs to serious pathogens people can carry without getting sick, says Bowe. Even if it’s antibacterial (and these days most soaps aren’t because antibacterial soaps are so harsh on the skin) the bar of soap itself isn’t an effective germ killer like alcohol, says Bowe. And it’s even worse if the soap sits in a wet dish, because moisture makes it easier for bacteria, fungi, and viruses to grow. More serious risks include norovirus (stomach flu) and community-acquired methicillin-resistant Staphylococcus aureus (CA-MRSA), a bacteria that causes serious infections and illness, says Tierno.

Although, OK, the experts agree that this is a little less harmful if you’re sharing soap with a partner, since your bodies are already pretty acclimated to each other’s unique ~bacterial flora~.

Funky old towel smell? That’s actually bacteria, fungus, and mildew, says Bowe. Towels are a breeding ground for germs, especially when they’re hanging in a damp bathroom. “Contaminated towels can transmit fungal infections on the skin, acne-causing bacteria, and even pink eye,” says Bowe. Towels can also transmit the same dangerous CA-MRSA bacteria that can live on soap. Besides keeping your towels to yourself, Bowe suggests washing them after four uses and always letting them dry completely. 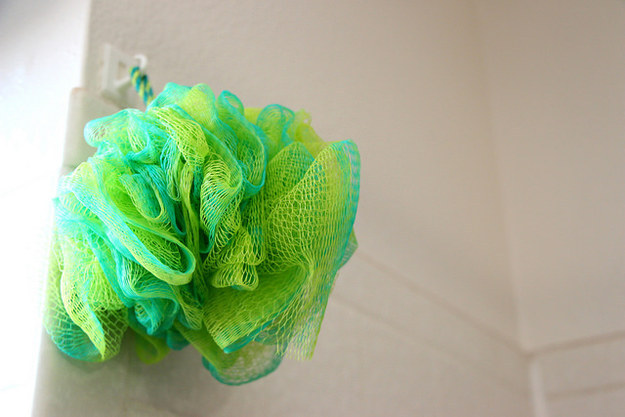 Because they never really dry out between uses, it’s super easy for fungi and viruses from dead skin cells to grow and multiply and live in the weaves of fibers. A contaminated loofah can cause infections like acne, nail fungus, and even ringworm, says Bowe. Same goes for washcloths: “My rule of thumb is that if the item is usually damp, never share,” she says.

Even if you catch some rogue stubble before going out, using a friend’s razor probably isn’t worth it. “When you shave, the razor collects dead skin cells mixed with bacteria, so the more people using it the more risk for infection,” says Tierno. As mentioned before, some people can carry harmful bacteria on their skin without getting sick, so it’s impossible to know if a razor is contaminated. Since shaving also causes abrasions and cuts, razors can also transfer blood-borne diseases like hepatitis and HIV, says Bowe. 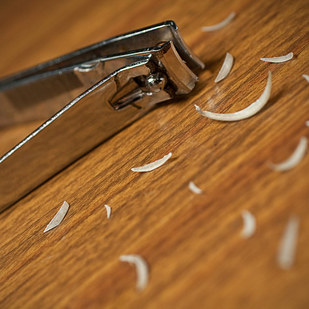 Even if it looks like both people have clean and healthy nails, clippers still pose a risk because they’re used where warts and fungus hide out on our fingers, toes, and soles. Sharing them could lead to nail fungus or even types of HPV that cause plantar warts, says Bowe. You can wipe the clippers in alcohol after each use, but you should probably just keep them to yourself.

When you’re out and realize your brows are only a few stray hairs away from being on fleek, you’re probably willing to borrow tweezers from anyone. And if you’re pulling only hairs, sharing tweezers isn’t that bad — as long as they aren’t super dirty. But when you use tweezers to dig around for an ingrown hair and puncture skin, they can quickly become tools to transfer blood-borne diseases. “It’s rare but possible to transfer hepatitis C or HIV by using contaminated tweezers,” says Bowe. Your safest bet is to soak the tweezers in a jar of alcohol after using them if you suspect any blood is on them. 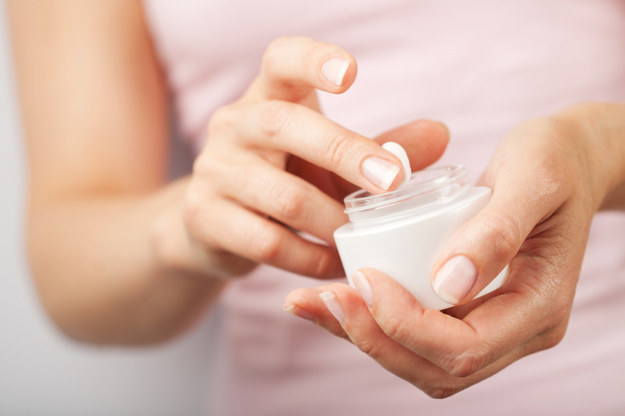 “Bacteria, even staph, colonizes in your armpits and anus, where a soap bar often goes,” Bowe says.

“Every time anyone dips their fingers in, new germs contaminate the entire jar so they go onto the skin or face of whoever uses the product next,” says Bowe. This can spread bacteria like streptococcus or staphylococcus (which some people carry harmlessly on their skin) and can cause folliculitis (inflammation of the hair follicle) and acne. So sharing is a terrible idea. “The best thing to do is avoid double dipping, and if you have to share, do it using a clean Q-tip or popsicle stick,” says Bowe.

Besides the fact that using something that was just inside another person’s nostril is pretty gross, sharing nose clippers can be a legitimate health risk. “Bacteria, such as staph and MRSA, will colonize and live in the nose,” says Bowe. Even if a person isn’t sick, they can still be a carrier for staph (staphylococcus) which causes serious infections in another person. Sharing nose clippers should really be avoided at all costs, Bowe says. Unless the trimmer is properly sanitized like it is at the barber shop, you probably wouldn’t want to share it with a friend, Bowe says — especially if you are doing a very close trim. “Sharing dirty trimmers can transfer the bacteria from another person’s face onto your skin, increasing the risk for acne and folliculitis.” 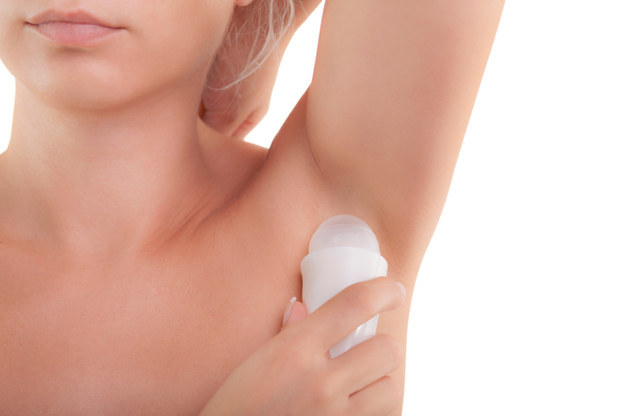 Sharing something that’s been all up in another person’s armpit is gross to begin with, but contaminated sticks can actually cause infections if germs get into nicks from shaving or ingrown hairs, says Bowe. Some deodorants work by killing odor-causing bacteria, so the antibacterial ingredients provide added protection. But many deodorants, especially organic kinds, just mask the smell with fragrance, so it’s easy for underarm germs to grow on the stick. You’re better off not sharing or wiping the stick down with an alcohol-soaked cotton ball first. 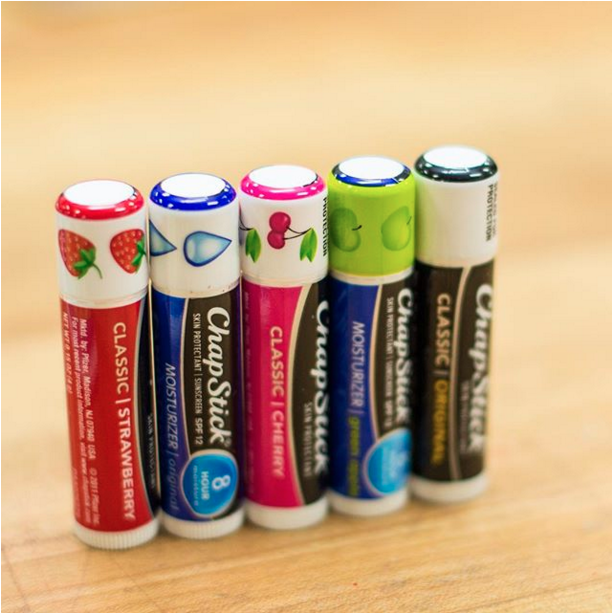 “Bacteria can transfer through the membranes of your mouth into your bloodstream,” says Bowe. Lips have an extensive network of blood vessels just under the surface, she says, ready to absorb anything you apply on the mouth, germs included. “Herpes simplex virus, which causes cold sores, can be spread between two people sharing ChapStick, even if the infected person has no visible sores,” says Bowe. 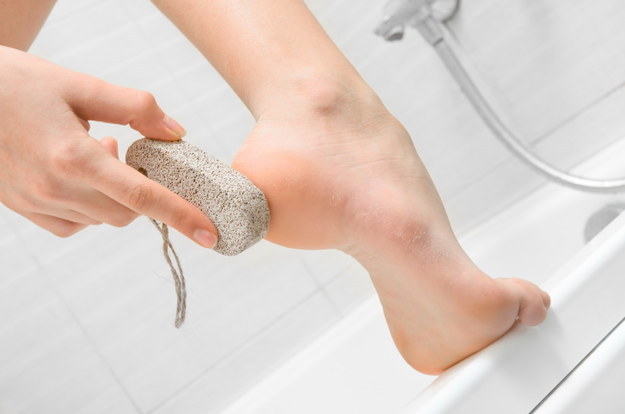 Pumice stones are literally full of gross dead skin from rough heels and soles, so you probably wouldn’t want to share. But the stones can also transmit fungus or even some strains of HPV that lead to plantar warts. “Pumice stones are often the culprit for spreading plantar warts between family members, so after only one use someone’s feet can be covered in warts,” says Bowe. 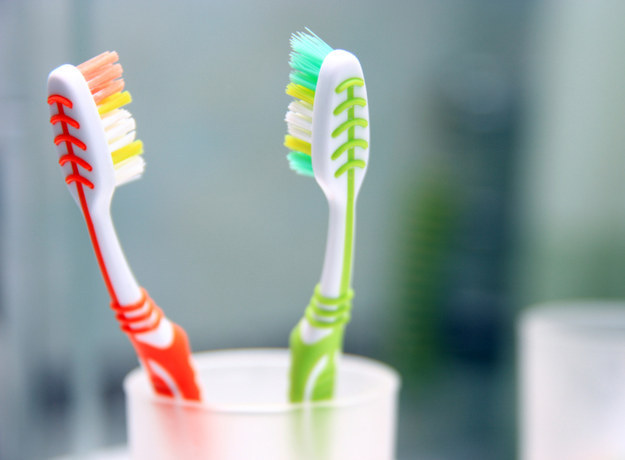 “Even if you rinse the toothbrush off after using it, there are still bacteria on the bristles and it will grow overnight,” says Tierno. Your own mouth germs won’t make you sick, he says, but if that bacteria on the toothbrush is from someone else’s mouth, it can transmit new pathogens which cause the common cold, strep, norovirus, and more.

It’s less common, but Bowe explains that blood-borne diseases can also be transmitted with a toothbrush between people if the two individuals both have poor dental hygiene and brushing causes bleeding in the gums.

“It isn’t as bad as handing over your toothbrush but there is some level of risk in sharing toothpaste, especially if you really push the end of the tube into the bristles,” says Bowe. The tube can harbor bacteria where it touched the toothbrush which are transmitted with each use. If you’re going to share, just avoid touching the end of the tube to your brush or wipe it off each time.

It’s possible to transmit blood-borne infections this way, says Bowe, so it’s best to keep earrings to yourself or at least remember to sanitize the earring posts with alcohol before and after sharing. If you wouldn’t wear a random person’s old dirty flip-flops, you probably shouldn’t borrow a friend’s pair. “Flip-flops are actually a very personal item because it’s easy for the fungus and bacteria from a person’s foot to live on the shoe, especially if the shoes are often wet,” says Bowe. It’s possible to transmit athlete’s foot, warts, and even a virus called molluscum, which causes acne-like whiteheads on your skin. Yes, forgetting your earbuds is a minor tragedy that might even prompt you to pull a pair out of the trash if it means you can listen to your workout playlist. But, don’t. “Studies show that earbuds generate a lot of bacteria from the ears,” says Bowe. The bacteria increases if you’re using earbuds while exercising, because the added warmth and moisture makes it easier for bacteria to build up.

When you share earbuds, bacteria like staph and strep can stay in your earwax and cause infections, boils, or pustules. If you absolutely have to share, Bowe recommends wiping the earbuds down with an alcohol-soaked cotton ball.

A Drink That Removes Fat In 4 Days

7 Easy Ways To A Healthy Vagina, You Should Know

Reasons Why Not To Wear Bra While Sleeping?

How to remove Blackheads On NOSE with home remedies

7 Ways to Have Better Sex