Allow me to tell you a little something about Raja Ravi Varma. A royal from Kilimanoor, he was a celebrated Indian painter and touted to be one of the greatest artists from India.

During his reign, he worked on many aesthetic pieces of art and made them available to the general public (that's apparently one of the reasons he was so popular). He brought 'academic realism' - a style taught and perfected at the European academies of art - to reality. So why are we talking about him anyway?

It's 2018, nearly 112 years after his death, some of his paintings are earning him more recognition across the world. Varma's Untitled (Tilottama) bagged a whopping Rs 5 crore at an exhibition in the Sotheby’s Modern and Contemporary South Asian Art auction in New York on Monday.

Sotheby's mentions that the celestial nymph 'Tilottama' was painted in 1896.

At the event, Varma's Untitled (Damayanti) was sold for Rs 7,82,460,000 and in November 2016 they sold Radha in the Moonlight for Rs 23 crore. It's the current standing record price for the artist.

All the three works of Varma are highly sought after, as they paint a fresh picture of the mythology we know for a fact. But it's crazy for an artist to make so much money, especially someone who was massively ridiculed for his work. 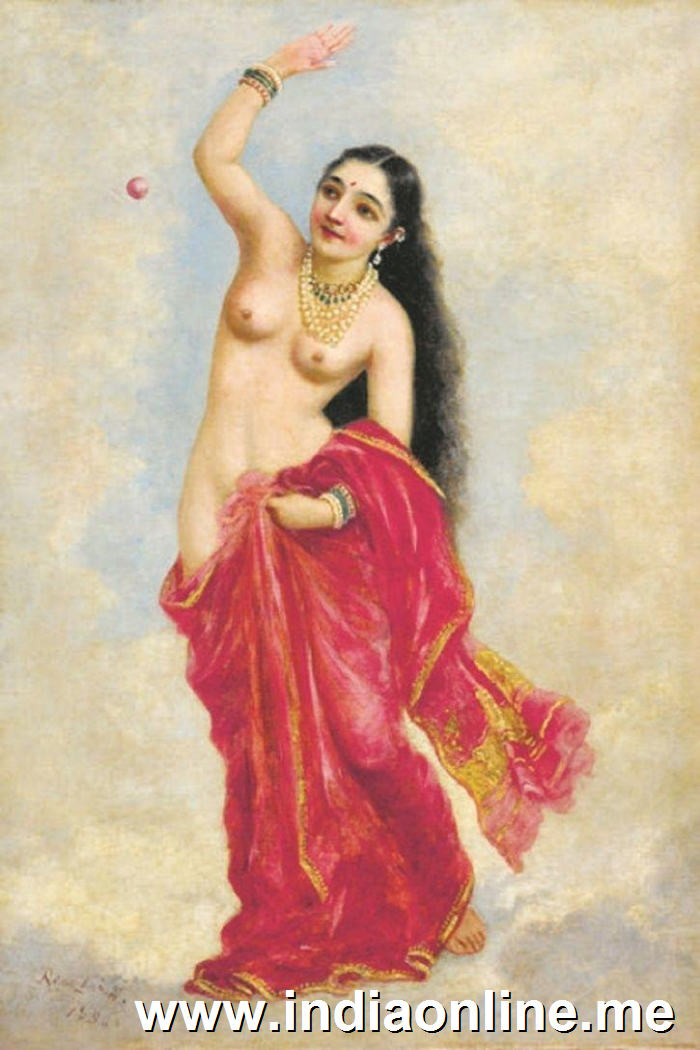 Many of his followers accused him of copying western techniques.

“Varma’s portrait of Tilottama is only the fourth painting that I have had the privilege to handle for auction in my own career, and the excellent result achieved in (Monday’s) sale tells us that the market for (the) artist has no signs of slowing down,” Yamini Mehta, international head of South Asian Art at Sotheby’s, said in an emailed response, reports LiveMint.

“Raja Ravi Varma’s work rarely comes to the international market. We have been extremely fortunate to offer two headline works from the artist... which have exceeded our pre-sale expectations.”

Tilottama is an apsara, a celestial nymph from Hindu mythology. She was perfectly carved by the Gods themselves, the finest qualities of all matters on Vishwakarma's request. Basically, she was someone who became hard to ignore and Varma quite accurately painted that on the canvas.