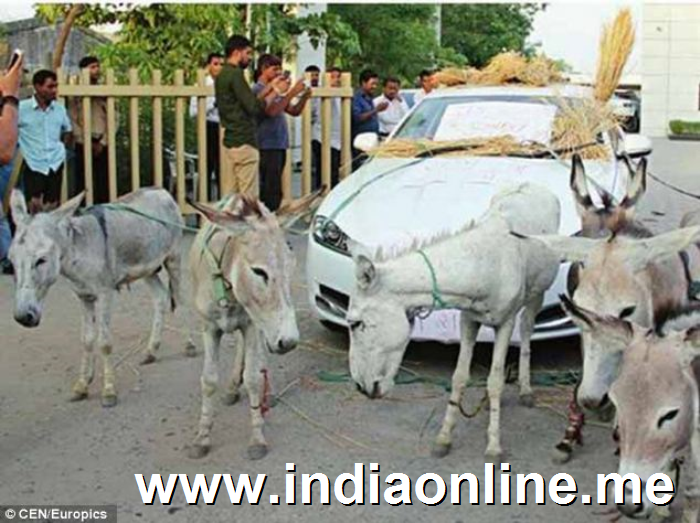 Rahul Thackreym (38), a young business man from Gujarat, India bought brand new Jaguar XF for £53,000 since then he was facing so many issues. He has taken to driving round town in his new car with it being pulled by donkeys because he says it is the only way to make it move. 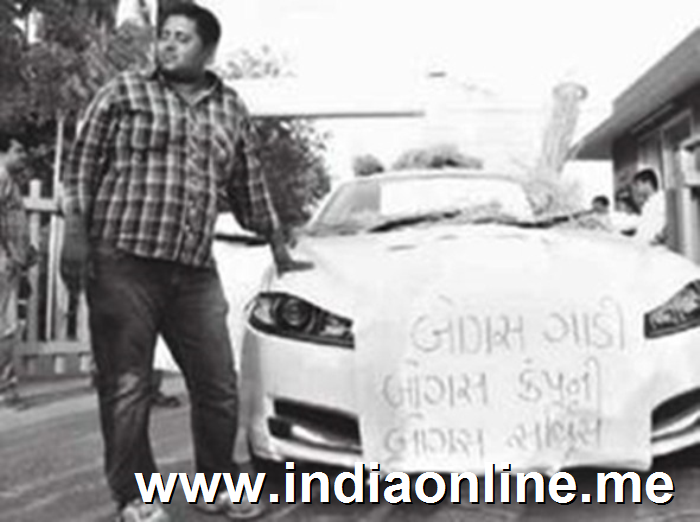 He claims he went back to the dealership to get the Jaguar XJ model fixed on several occasions, but as soon as one problem was fixed, another cropped up. Related: Indian King insulted at Rolls Royce London later Bought 6 Luxury Cars and Used it to Collect Garbage He said that he had bought the car on May 7 when the trouble started: 'The lights first went off, I asked them for a change. They had no lights. I screamed, they changed the lights. 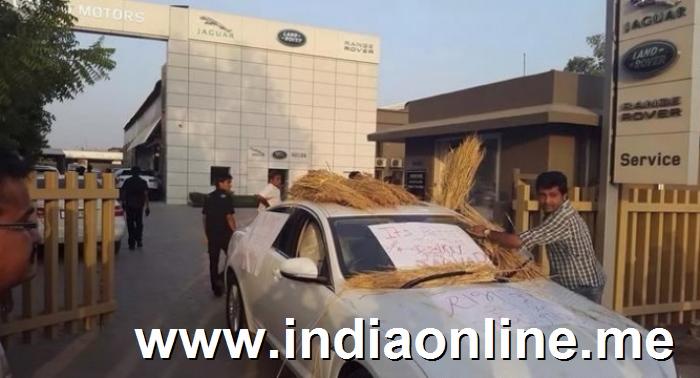 'Then the bumper fell off and it got repaired in 10 days when it is mandatory to repair it in 48 hours. And that was just the start.

'My family joked that it would have been better to buy a donkey cart, and actually I thought that wasn't a bad idea, so I got a few animals sent round and hitched up to the car.' The Indian dealership declined to comment on the case as they are still in talks with Mr Thackreym. 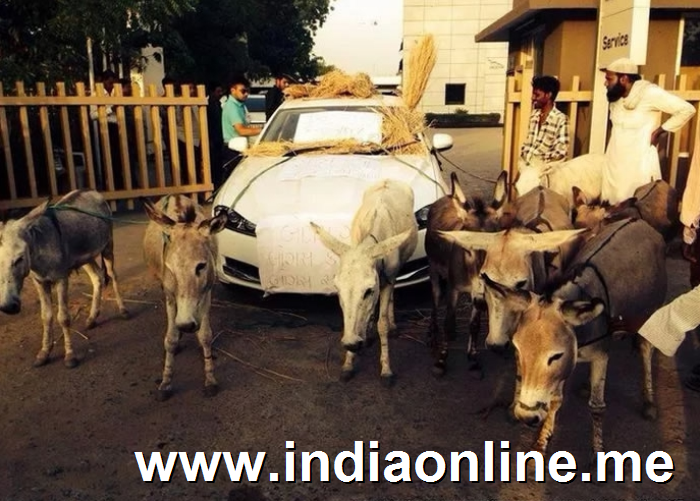 The owner also promises that the animals were present "symbolically" and did not actually pull the some-5,000 pound car. They went on to explain that this isn't as rare an occurrence as one might think:

"Talking about donkeys, it seems a tough world for them. Despite the hard work they undertake, everyone seems to think of them first when it comes to pulling a luxury vehicle. Or is it that donkeys are easy to find in Gujarat. Last time around, a Mercedes Benz E Class was dragged by 6 donkeys in Vadodara. Hardworking cattle seems a great motivator. Another enthusiast revealed, 'My dad had done something similar way back in 1996/97 when the E class wouldn't start at the Oberoi in Chowringhee. He had it towed by a few cows all the way.' Don't take it to heart though, the animals shown here are clearly a symbolic gesture in the current situation, and did not on this day actually pull a Jaguar."