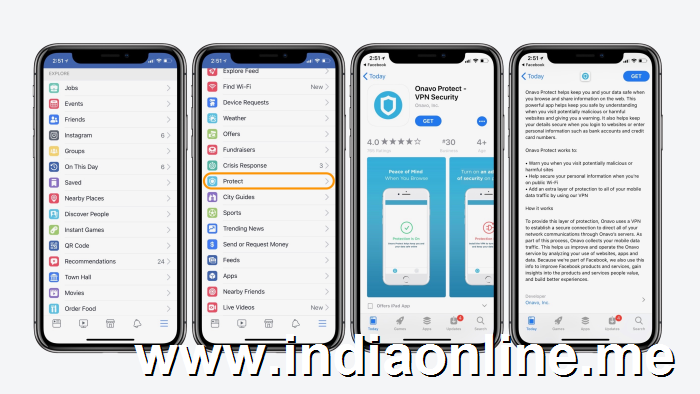 Facebook is rolling out a new security feature called Protect to many users of its iOS app. While the name might make unknowing users feel good about installing the associated free app, the Facebook owned VPN is designed to collect and analyze user data to “improve Facebook products and services.”

As reported by TechCrunch, Facebook purchased the security software company Onavo back in 2013. It is the Facebook owned Onavo Protect iOS app that is linked to in the Facebook iOS app settings under the “Protect” label.

While the VPN app is designed to give users “peace of mind” and “an added layer of security” by routing your web browsing through its servers, the company also analyzes and collects users data to improve its services as well as Facebook’s products and services.

After a paragraph about the protection that Onavo provides and some bullet points on how the service works, the company states that it is essentially spyware, which is buried beneath the read more link on both the iOS App Store and the web.

To provide this layer of protection, Onavo uses a VPN to establish a secure connection to direct all of your network communications through Onavo’s servers. As part of this process, Onavo collects your mobile data traffic. This helps us improve and operate the Onavo service by analyzing your use of websites, apps and data. Because we’re part of Facebook, we also use this info to improve Facebook products and services, gain insights into the products and services people value, and build better experiences.

While some users may feel okay about trading their privacy for a free VPN client, many users are likely unaware that Onavo Protect is specialized spyware for Facebook, and may feel misled by the marketing of the app in Facebook’s settings and on the App Store.

TechCrunch reports that there are an estimated 33 million users who have Onavo Protect installed, with 38% being on iOS and the remaining 62% on Android.