Web Editor Last updated on: 3/9/2018
Apple's rumored iPad Pro with Face ID will likely be released in the second quarter of 2018, according to Rosenblatt Securities analyst Jun Zhang. 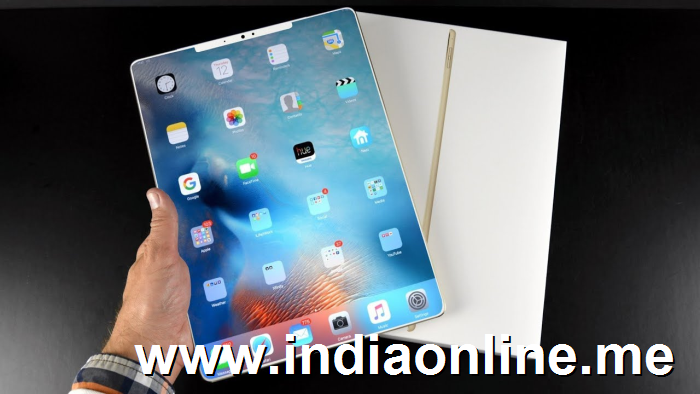 iHelpBR editor Filipe Espósito has discovered strings in the first iOS 11.3 beta that refer to a "modern iPad," which is notable since Apple's software engineers referred to the iPhone X as the "modern iPhone" in older firmware, according to both Espósito and developer Guilherme Rambo.

Zhang expects the revamped iPad Pro to have slimmer bezels and no home button, in line with the iPhone X. The revamped design will likely be featured on both the 10.5-inch and 12.9-inch iPad Pro, although his research note didn't specify.

The 10.5-inch iPad Pro and second-generation 12.9-inch iPad Pro launched in June 2017, so it's not entirely clear if "a little more than a year" meant WWDC 2018 or Apple's annual September event where it introduces new iPhones.

The new iPad Pro models will likely retain LCDs instead of OLED displays due to supply, cost, and technological constraints. It's unclear if the tablets will have a notch for the TrueDepth sensor housing, or if the device will have uniformly slim bezels on all four sides with enough room for the components.

A supply chain report out of China recently claimed the new iPad Pro models will be faster thanks to an octa-core A11X Bionic chipwith three high-performance "Monsoon" cores and five energy-efficient "Mistral" cores.

There's no word on potential pricing yet, but the new iPad Pro lineup will likely cost more than the current 10.5-inch and 12.9-inch models, which start at $649 and $799 respectively in the United States. Since the new models won't have OLED displays, however, the price increase might not be substantial. Apple is also rumored to release a new 9.7-inch iPad for $259 in March, while the fate of the iPad mini remains uncertain.